To Name is to Create

A name announces our individual presence to the world. It defines who we are and how we are known. And so, the naming of a baby, the presentation of a new being into the world, is an occasion that is joyful and, also, one that can set the course in the life that is being lived. Think of how the name of a famous parent will create opportunities (and, perhaps, difficulties) for the life of that child. For the rest of us, the name may connect the child with ancestors and our family - it says you are one of us. The naming of a child is important.

I once knew someone who had been adopted. As an adult, this man decided to reclaim the name he had received from his birth mother. This was his way of saying this is where I came from, this is where I have chosen to belong.

Others of us may choose to change one or more of our names for other reasons. Many of us with some African ancestry may choose to find a connection to that continent through a name. When enslaved people were brought from Africa, their names were taken from them,signifying that their personhood no longer mattered. The often negative reaction received when a woman chooses not to take on her husband's name is a measure of the depth of patriarchal values. Some people may find that their birth name no longer fits them and they would like a new name - a rebirth - to show that they are a new person.

Some of us may have names that are used only in particular circumstances, such as a name used by a Druid that connects him or her to a deity or some other aspect of the world of spirit. It is no small thing to give up an old name, or to take on a new one. It sets us upon a new way of being.

A name is magic. Celebrate the giving of a name - whether to a baby, or when taking on a new name. Think about everything that this name means. It is who you are, or who you wish to become. 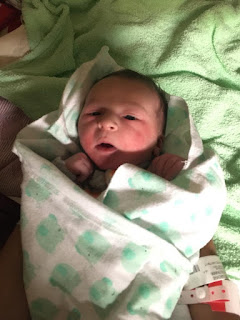 Posted by Life Cycle Celebrations at 8:38 AM